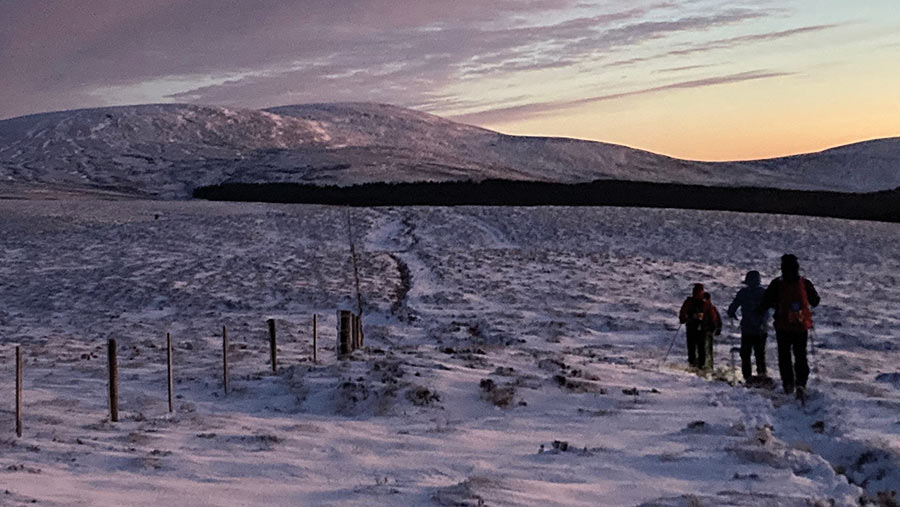 Northumberland-based agronomist Chris McClymont has completed one of the world’s toughest endurance races, raising more than £5,000 for the Farming Community Network (FCN) and the cancer charity Marie Curie.

The gruelling competition, known as the Winter Montane Spine Race, is in its 11th year and covers a 268-mile route through wind, snow and rain along the Pennine Way, beginning in Edale, Derbyshire and finishing in Kirk Yetholm in the Scottish Borders.

A seasoned runner, Chris completed the race in 149hr 37min, with sleep deprivation proving to be the hardest part.

“You have to prepare yourself to go for 150 hours, and plan where and when to sleep,” he said. “I can do up to 40 hours moving on my feet without sleeping.

“My target sleep time for the week was between 10 and 15 hours. I got 12 hours, which I was quite pleased about.”

It is common for the runners to suffer from hallucinations and disorientation as a result of sleep deprivation, but Chris’ strict schedule meant he was able to avoid the worst side effects of exhaustion, even when trekking through extreme weather conditions.

Explaining his motivation for taking part, Chris said he had recently attended a training presentation given by an FCN team member.

“She discussed both the resilience shown by farmers during difficult times and the strong support for them from charities like FCN.

“The difference that FCN volunteers make to the mental wellbeing of people in rural communities is incredible.

“I felt I could raise money and highlight this resilience and strength by competing in one of the toughest events in the country.”

Chris also praised the support of farmers along the route. “The Pennine Way leads through several areas of farmland and some of the farmers left honesty boxes. They do support the people doing the Spine race.”

Of the 180 runners that started the race, less than half managed to complete the challenge.