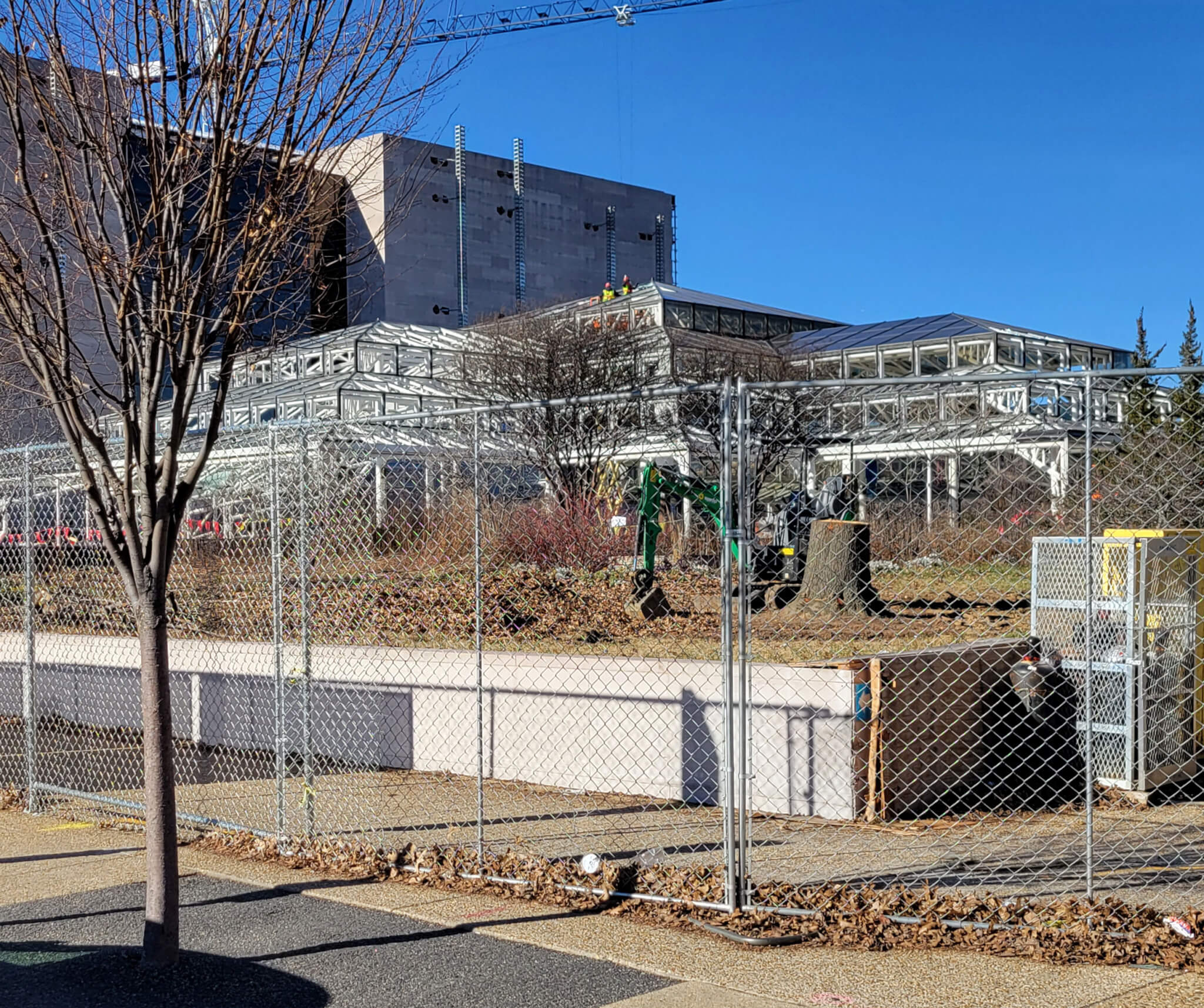 The Smithsonian Institution has begun demolition of architect Gyo Obata’s glass restaurant pavilion on the National Mall in Washington, D.C., to make way for the $130 million Bezos Learning Center.

Workers began demolishing the restaurant pavilion last month and are expected to be finished in February, according to Alison Wood, deputy director of communications for the Smithsonian’s National Air and Space Museum.

The glass pavilion, which opened in 1988 at the intersection of Jefferson Drive SW and 4th Street SW, is one of two buildings designed for the National Mall by Obata, who died last year at age 99. The other is the 1976 National Air and Space Museum, to which it was connected.

Smithsonian representatives disclosed last year that the institution intended to raze the restaurant building to make way for the 50,000-square-foot learning center, which will occupy roughly the same footprint on the east side of the National Air and Space Museum.

The pyramid-shaped pavilion was constructed largely to serve school groups and others visiting the museum, but it has been closed since 2017 and wasn’t protected by any sort of landmark designation. Obata and his firm, Hellmuth, Obata + Kassabaum (HOK), designed both. The museum has been undergoing renovations and partially reopened last October.

As of mid-January, crews have fenced off the site and removed all of the glass panes from the restaurant pavilion, leaving the structure’s steel frame to take down.

The three-story learning center is being funded largely by a $200 million gift from billionaire Jeff Bezos, founder and executive chairman of Amazon and founder of the space flight company Blue Origin.

The Smithsonian describes the project as a world-class educational center that will feature programs and activities related to innovation and careers in science, technology, engineering, mathematics and the arts. Featuring exhibition and teaching spaces, a restaurant, a rooftop terrace and an observatory, the learning center will be connected to all Smithsonian museums, coordinating collections and experts across the institution and promoting inquiry-based learning for visitors of all ages, with a focus on under-resourced communities.

According to the Smithsonian, $130 million of Bezos’s $200 million gift will be used to create the learning center—$80 million for design and construction and $50 million for programming. The remaining $70 million is going toward renovation of the Air and Space Museum, a project that started in 2018 and is expected to cost more than $360 million. The design work has been led by Quinn Evans Architects.

The Smithsonian issued a solicitation for architects to design the Bezos Learning Center last year and sought public comment on five design proposals for the site but did not identify the architects who submitted them.

The Smithsonian is expected to announce its preferred design soon. Once an architect is named, the Smithsonian’s timetable calls for 2023 to be devoted largely to design of the learning center. Construction is expected to begin in 2024 and be completed in 2026, the 50th anniversary of the Air and Space Museum and 250th anniversary of the signing of the Declaration of Independence.

AN will circle back again when the design team is announced.