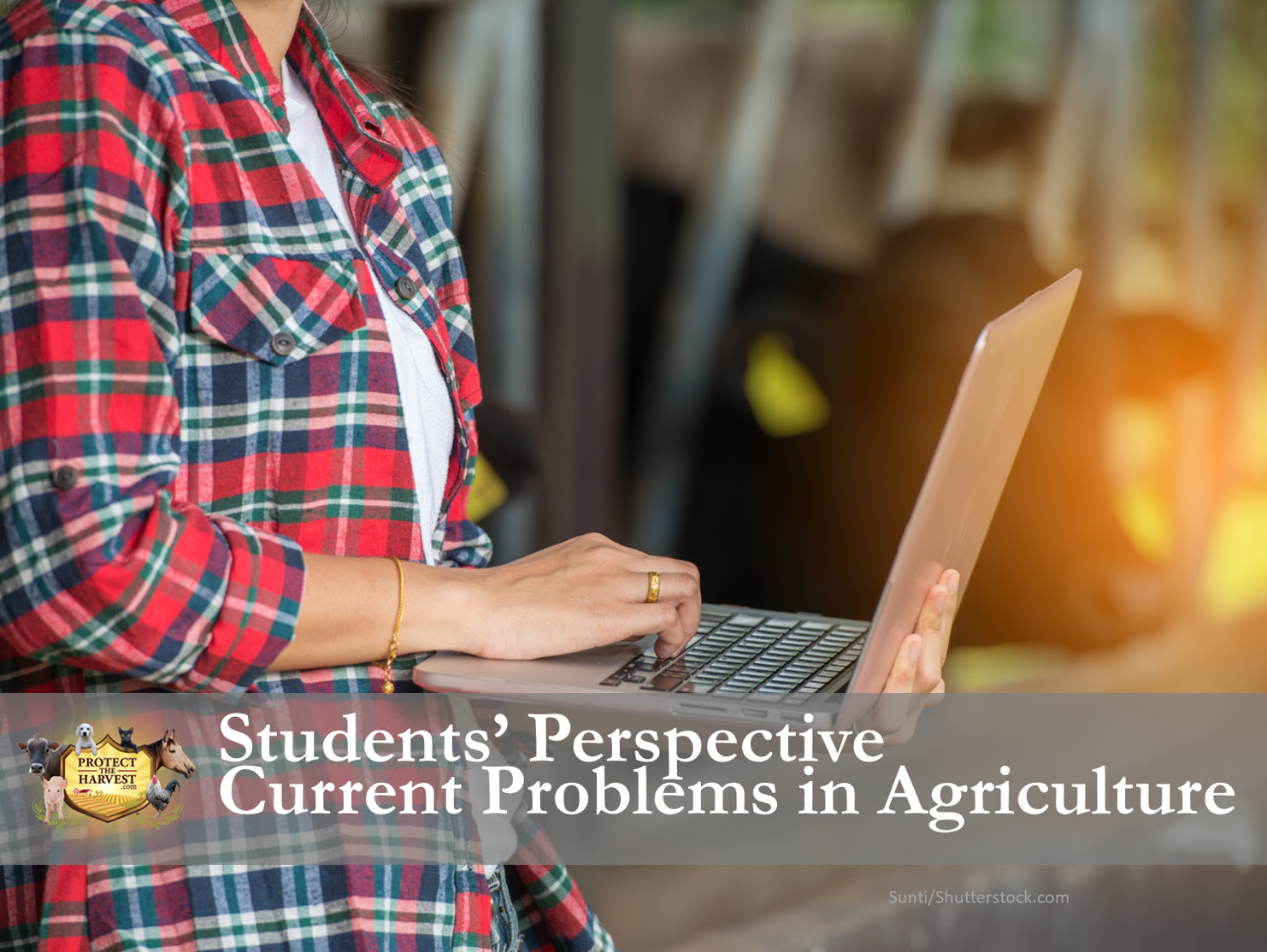 There are many opinions about agriculture. Believe me, as a college student in agriculture, I have heard them all. It seems like everybody has something to say, from crazy internet theories and real current events happening in agriculture communities to past problems that I learn about in the classroom.

The one thing that all of these opinions seem to have in common is the age of those who are expressing them because we often hear from older generations and do not hear much from the younger generation. This is problematic because the ones whose opinions may be the most important are the youth and college-age students, as the future of agriculture is in their hands. With this in mind, I went out and asked three college students currently studying agriculture what they thought were the most significant challenges facing agriculture today.

They are as follows (in no particular order):

“I believe the biggest issue impacting agriculture is the economy.”

“With prices going up it has been hard for farmers and ranchers to produce to their full potential and still come out even. Not only have fuel prices sky-rocketed but prices for crops to plant, water, and resources have gone up, leaving producers in a hole.”

It is no question that the United States is not in the best position economically. This without a doubt affects agriculture. Just like in any business, every dollar counts when farmers are planning the next season’s crop or meat production. The combination of high fuel, seed, and feed costs as well as other inputs are taking a toll. Farmers are finding it increasingly difficult to make a profit and continue with their businesses long-term. If this continues farmers and ranchers (family farms and ranches will be hit first) will be unable to sustain the growing demand for food and other related products at a price the average person can afford.

“I think the biggest issue impacting agriculture is the lack of public understanding of what we do.”

“I think this is a very big issue because the general public votes and they usually vote for policies that are anti-agriculture. I believe this is because they don’t know what they’re voting for and the media makes us look bad. So, they end up voting against us. Also, they just don’t know. For example, people assume that we are abusive to our animals when that couldn’t be farther from the truth. This in turn leads them to vote for anti-agriculture policies, which can make it hard for us to do our jobs correctly.”

The truth of the matter is that nine out of ten people only believe what is in front of them. Meaning, for many, that they believe what they see on the internet, which is likely misinformation spread by anti-agriculture extremists. Misinformation leads people to believe that many HARMLESS and actually beneficial agriculture practices are abusive and cruel. The misinformation ultimately causes them to vote for people and laws that make agriculturalists’ lives harder.

It is important to remember to fact-check everything that you see on the internet — good or bad — before deciding what to believe. Along with personal research, it is important to follow trusted resources, like Protect The Harvest, to get unbiased and fact-based information about current events in agriculture.

As I mentioned above, arguably the most important part of agriculture are the younger generations who will be taking it over. It is important to not only listen to their opinions and research but to also nurture their love of agriculture. Some children of farmers and ranchers look at the job as a chore. This creates a gap in who will take over agriculture-related jobs, which are often passed down generationally in families.

This gap is perpetuated by a lack of support for the agriculture community from outsiders. The false narratives and dismissal of agriculture’s importance to society are pervasive. Most young people do not stop to consider that agriculture feeds and clothes us. These narratives can also get in the way of newcomers to agriculture which might possibly fill the gaps being left open in generational jobs.

Agriculture has a place for everyone, even if it is just consuming the products created by it. It is imperative that we nurture those who grew up in it as well as those interested in it because they are the future that is going to feed our country. If the number of people in agriculture continues to drop while the population of the country rises, we will be in hot water.

Agriculture is ultimately in the hands of the next generation. Without them, agriculture would die off and many long-standing traditions would follow. We will also not have enough food to feed the growing population. This leads me to believe that while the knowledge of those who have been contributing to agriculture longer than we have been alive are people to listen to, respect, and look up to, it is also important that we give a voice to younger generations. Younger generations of agriculturalists can give fresh perspectives backed by modern research that compliments the traditions many have upheld for hundreds of years.

It Goes Both Ways

I ask that those of you who are reading this thinking the younger generations have their minds in the clouds, remember that it is their future that agriculture impacts. It is important to listen to their ideas and opinions. You may even have some advice to help them along the way. In return, I ask that younger generations remember that those who came before us have years of tried-and-true experience and while our ideas may be new and exciting, it is important to sit back and listen and learn from the successes and failures that have already been made.