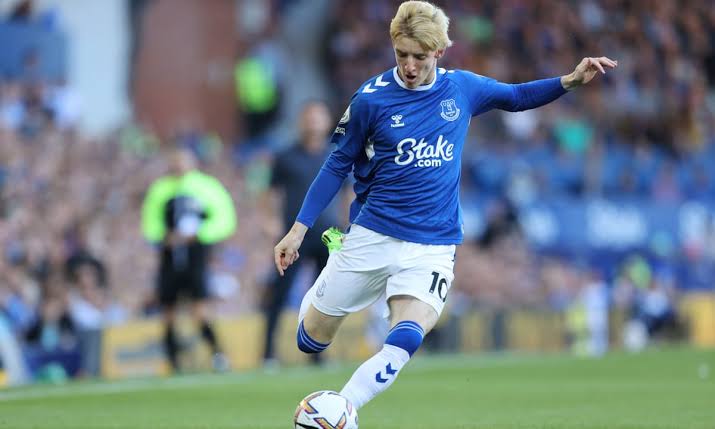 One of the Blues’ top transfer targets for January appears to be out of reach.

According to reports, Chelsea’s pursuit of Anthony Gordon, who appears likely to sign with Newcastle, has suffered a significant setback.

The Everton forward was a target for the Blues during the summer transfer window, but the Toffees resisted the Blues’ attempts to pry him away from Goodison Park.

Everton rejected Chelsea’s best offer of £60 million before the conclusion of the summer window, but they are once again interested in Gordon this month.

Chelsea was considering making another move for Gordon despite the fact that Graham Potter already has an abundance of forwards at his disposal.

Although the 21-year-old appears to be on the verge of a move to Newcastle, the west London team looks poised to miss out on him.

According to a report in The Daily Telegraph, the Magpies are optimistic in their ability to close a deal on Gordon soon.

However, there is still work to be done because Everton and Newcastle have not yet reached an agreement on a transfer fee for the striker who has three goals in 16 Premier League games this season.

Everton will be reluctant to lose Gordon in the middle of the season since he has a contract through 2025, but due to their financial situation, they might be obliged to sell.

Due to a dismal run of play that has left the Toffees second-bottom in the Premier League, Frank Lampard was fired on Monday, and the team is currently searching for a new manager.