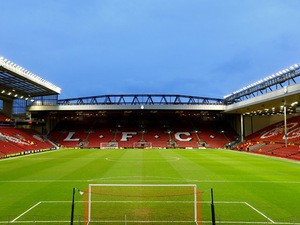 The speculation surrounding Salah’s future at Anfield has gathered pace after the Egyptian refused to rule out a transfer to Barcelona or Real Madrid in the future.

The 30-year-old been a regular fixture during the 2022-23 season, contributing 17 goals and six assists from 29 appearances in all competitions.

However, the midfielder has struggled to score a goal or assist in his last four Premier League games and the Reds are supposedly growing concerned by his form and could be convinced to part ways with him at the end of the campaign.

According to Calciomercatoweb, Juventus winger Federico Chiesa has emerged as a leading contender to replace Salah.

The report claims that Liverpool and Juve’s strong relationship could help a deal for the 25-year-old Chiesa move along quickly.

He supposedly wants to remain in Turin for the time being, but it is believed that the Italy international would be open to a future move to Anfield.

Chiesa is under contract with the Bianconeri until 2025.