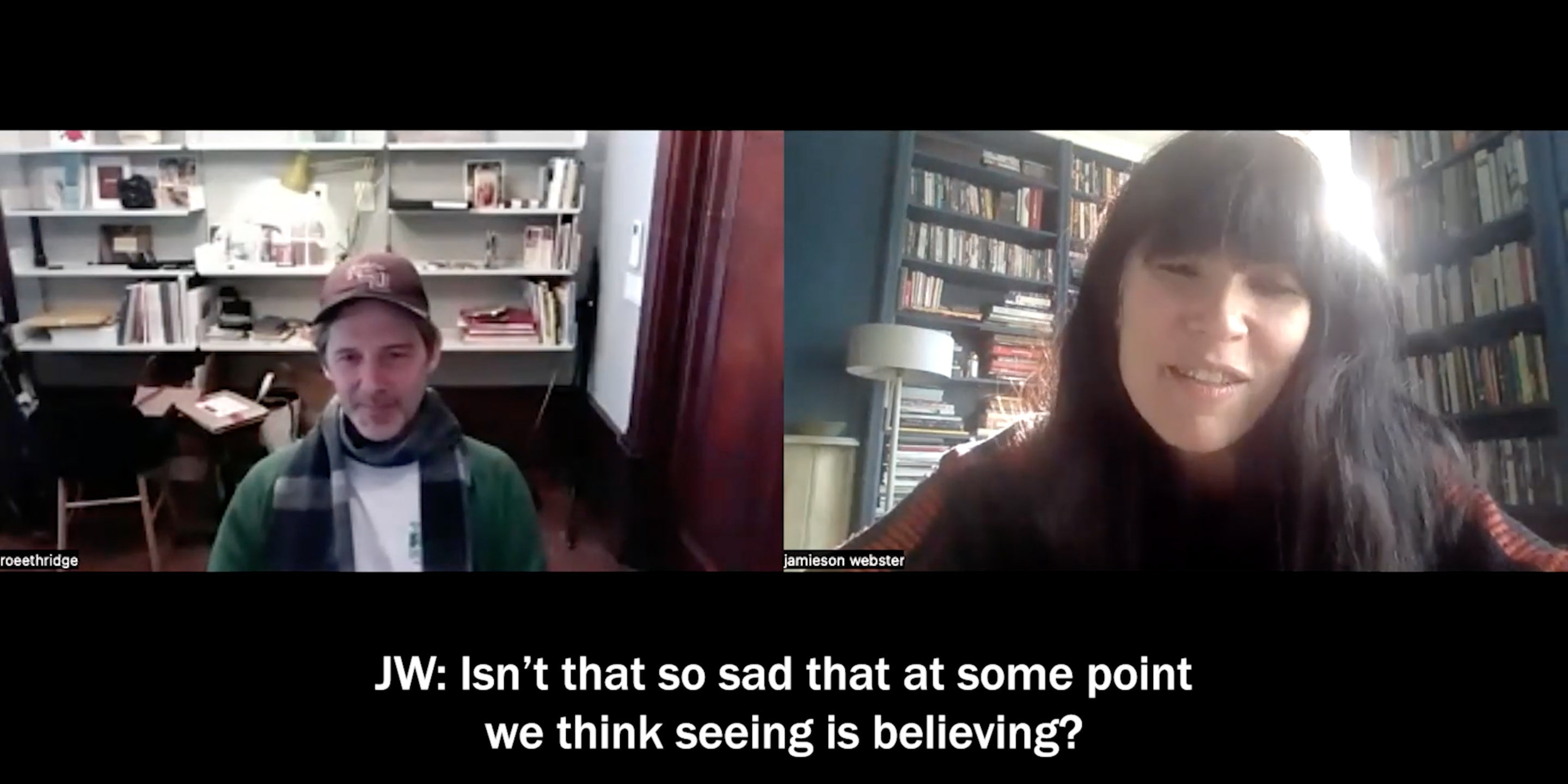 Photographer Roe Ethridge and psychoanalyst Jamieson Webster discuss hysteria and mysticism, desire and repulsion, Florida and American unconscious for the January episode of Artists on Writers | Writers on Artists. Their conversation marks the publication of American Polychronic, the artist’s first comprehensive monograph out from Mack Books, as well as his exhibition of the same name, on view at Gagosian in New York though February 25. Webster and Ethridge also reflect on their collaboration Bad Flowers, created during the early stages of the pandemic for Spike Art Magazine.

“Artists on Writers | Writers On Artists” brings together luminaries in the fields of art and literature for freeform, intimate conversations about the subjects that they wish to talk about.

Roe Ethridge is an artist and commercial photographer in New York City. Blurring the lines between the two, Ethridge creates images that are simultaneously generic and intimate, often treading between glamor and irony. His work is held in the permanent collections of institutions including the Art Institute of Chicago; the Carnegie Museum of Art, Pittsburgh; the Los Angeles County Museum of Art; the Metropolitan Museum of Art, the Museum of Modern Art, and the Whitney Museum of American Art, New York; SFMoMA, San Francisco; S.M.A.K., Ghent; the Tate Modern, London; and the Walker Art Center, Minneapolis, among others.

Jamieson Webster is a psychoanalyst in New York City. She is the author of The Life and Death of Psychoanalysis (Karnac, 2011) and Conversion Disorder (Columbia University Press, 2018); she also co-wrote, with Simon Critchley, Stay, Illusion! The Hamlet Doctrine (Pantheon, 2013). She contributes regularly to Artforum, Spike Art Magazine, Apology and the New York Review of Books. Her most recent book, Sex and Disorganisation is available now with Divided Publishing.