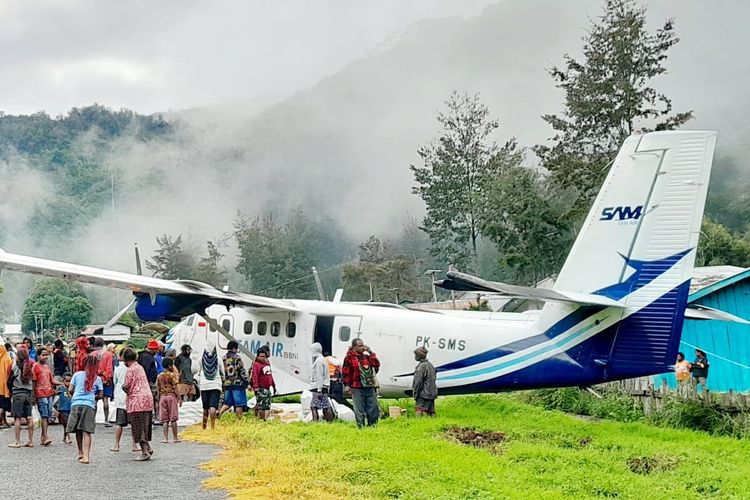 On 23 January, a Semuwa Aviasi Mandiri (SAM Air) De Havilland Canada DHC-6-300 Twin Otter (registered PK-SMS) ran off the side of the runway on landing in rain at Beoga, Indonesia. The aircraft sustained substantial damage after colliding with a fence.

The flight carried 11 passengers and 3 crew members, none of them got hurt.

Semuwa Aviasi Mandiri / SAM Air DHC-6 Twin Otter (PK-SMS, built 1980) ran off the side of the runway on landing in rain at Beoga, Papua, Indon. and became mired in mud. The acft sustained subst damage to its right wing. None of the 14 occupants were hurt.https://t.co/jvS8xZddxx pic.twitter.com/9Xl3tJDDQm