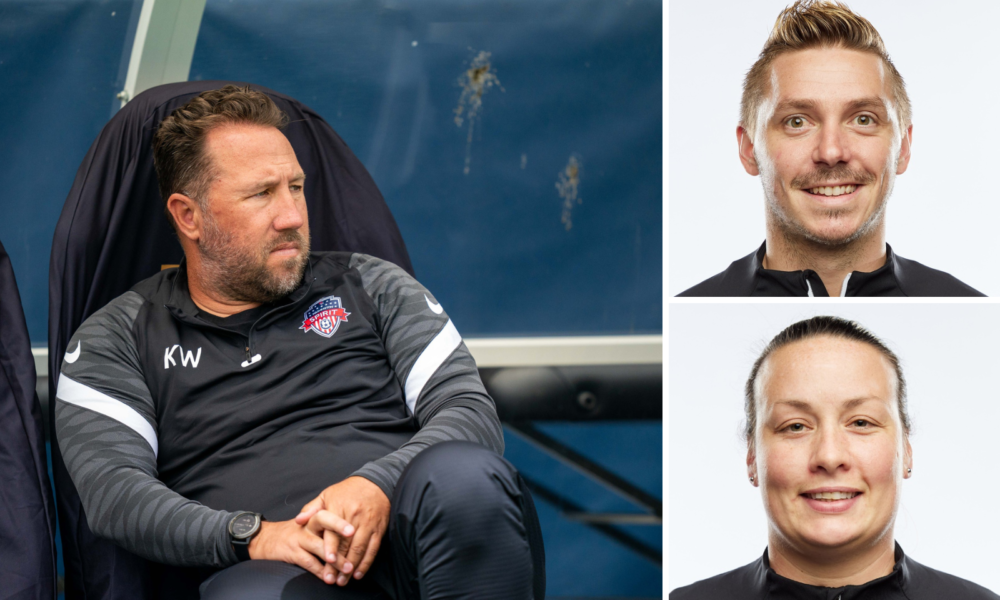 The National Women’s Soccer League on Tuesday announced another shocking round of updates from recent investigations into systemic abuse and misbehavior, leading to the termination of two members of the Portland Thorns’ technical staff.

Portland assistant coach Sophie Clough and athletic trainer Pierre Soubrier have been fired, the league announced. A conclusion to the investigation into former Washington Spirit head coach Kris Ward also substantiated that he had engaged in “verbal abuse and emotional misconduct,” including racial stereotyping.

Soubrier, who is the husband of Thorns and United States star Crystal Dunn, was placed on administrative leave on Dec. 7. The league says it will report him to the Oregon Board of Athletic Trainers and the Board of Certification. Soubrier’s future employment depends largely on the rulings of those entities.

Thorns team Dr. Breanne Brown reported the concerns to the team after Soubrier told her what he had done in October. Dr. Brown also self-reported herself, confirming that on one occasion, she provided Soubrier with access to the codeine. According to the NWSL, “Dr. Brown became uncomfortable with this decision and promptly communicated to Soubrier that it should not be administered. The medication was not administered and was retrieved by Dr. Brown. Dr. Brown did not violate any federal or state law or league policy.”

Dr. Brown is subject to increased oversight from NWSL chief medical officer Dr. Cindy Chang for the next three months.

Clough was fired by the Thorns for inappropriate and unwanted physical contact with a player after a player reported that Clough kissed her neck at the team’s championship celebration in Washington, D.C. Clough was also reported for bullying, although investigators found those reports “did not exceed the bounds of appropriate coaching.” Clough had been an assistant with Portland since 2016.

Additionally, the league announced a conclusion to the investigation into Ward, who was fired by the Spirit in August following what club president Mark Krikorian described as “a bit of an incident at the training grounds.” Ward later admitted in an interview to “yelling” at a player in frustration, but did not think he crossed any lines. Soon after that, Spirit captain Andi Sullivan read a statement to media in the following days that said Ward’s recollection of the events “angered” players and was “completely inaccurate.”

A league investigation found that allegations against Ward were substantiated. “Ward was found to have engaged in overly aggressive behavior and harassment through negative racial stereotyping towards a player in violation of league policy.”

He had already been fired by the team in August amid a 17-game winless streak. He is ineligible to work in the NWSL again without first completing mandatory training related to discrimination, harassment, bullying and racial bias, and he must then get the approval of the commissioner.

The individual updates follow detailed reports of systemic abuse in the league issued in October by former U.S. attorney general Sally Yates, and in December following a joint investigation between the NWSL and NWSL Players Association. Sweeping changes from the latter were announced earlier this month and include permanent bans for four former coaches and league-record fines of $1.5 million and $1 million, respectively, for the Chicago Red Stars and Portland Thorns for their owners’ roles in enabling abusive behaviors. Both teams are now for sale.

Portland also lost its 2022 championship-winning coach, Rhian Wilkinson, this offseason following an investigation. Wilkinson self-reported interactions with Thorns defender Emily Menges that the two felt might have been inappropriate. Wilkinson was cleared in an investigation, but chose to resign, saying that she had lost the trust of the team.