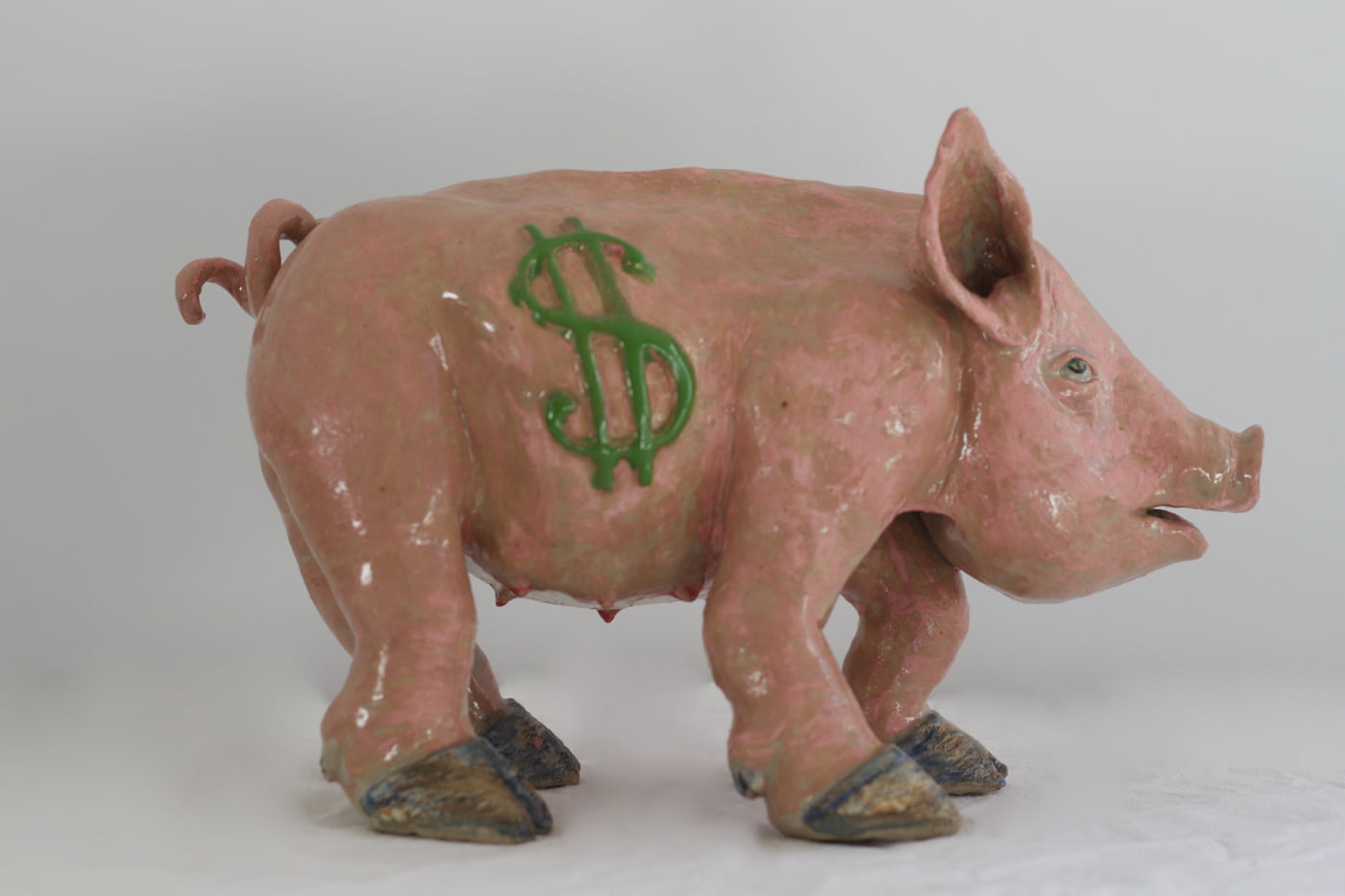 Two by Two is a large-scale group exhibition of twenty-three artists who celebrate the mysteries of the animal kingdom within their practices. It examines humanity’s relationship with nature. It examines humanity’s relationship with nature throughout history, considering how other species have unwittingly sustained our nutritional, emotional, religious, artistic and scientific needs and desires, whilst encouraging a return to a more symbiotic connection with our planet and its fellow inhabitants.

With depictions of creatures ranging from pets to predators, the show is presented throughout three spaces and takes the viewer on a journey, from the domestic and tame to the wild and exotic and back again. The exhibition title alludes to the story of Noah, a parable that purports a perpetually valuable lesson: that of prioritising the welfare and survival of all animal species.

It upholds notions of stewardship and reminds us of the importance of diverse ecologies and the protection of endangered species, while paying homage to the irreplaceable role animals play in our lives. With this in mind, a part of the sale price of the works sold in this exhibition will be donated to animal welfare and conservation charities Celia Hammond Animal Trust and the RSPB.

Learn about Two by Two